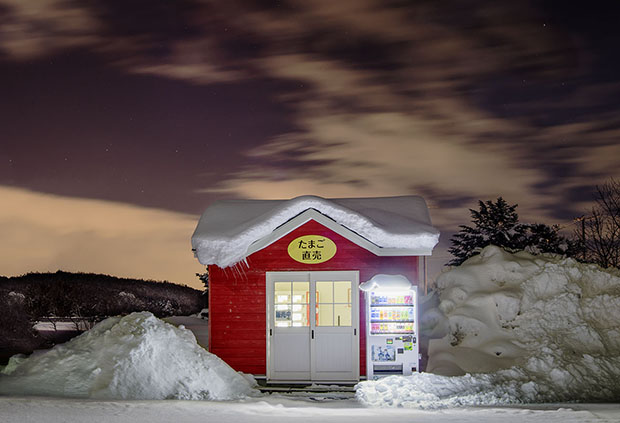 If one in all Eiji Ohashi’s friends spots a vending machine is a few obscure, out-of-the-way spot in Japan, they tell him about it. The Hokkaido photographer has been chasing the machines for nine years now, venturing out on the coldest winter nights to see them glittering against their sleepy surroundings. Roadside Lights, now on view at the &co119 gallery in Paris, is the results of his adventures.

Japan’s vending machine trend dates back about three many years; in line with the Japan National Tourism Organization, the primary vending machine was installed within the late Nineteen Eighties. Today, the country is home to an estimated 5.52 million vending machines. A lot of them are outside, where they may easily be robbed, but in a rustic with a low crime rate, the machines are secure and reliable, even in extreme weather. Even on days when local transportation has been halted as a result of snow, Ohashi has found working vending machines.

Despite their omnipresence, Japan’s vending machines have a brief lifespan. The moment they stop to be profitable, they’re discarded. Most of the individual machines in Roadside Lights are not any longer standing. “I don’t see many elderly vending machines,” the artist tells me. In some ways, he sees them as metaphors for human beings who toil, sometimes in harsh conditions, without ever being acknowledged or thanked for his or her efforts. “The looks of a vending machine shining on a snowy night could be very lovely,” he adds.

But while they may be disposable to the general public, the vending machines of Japan turn out to be beacons and guiding lights in Ohashi’s pictures. In his artist statement, he mentions Hat Jizo, an old folktale a couple of kindly hatmaker who, after failing to sell his hats at market, offers them to a bunch of stone statues to guard them from the falling snow. That night, the statues show up at his home, surprising the hungry man, his wife, and even the local mice with gifts of rice and miso.

It’s a wierd comparison to make– these are, in spite of everything, modern machines–nevertheless it’s also fitting. Just like the hatmaker, Ohashi keeps a watchful eye over these lonesome structures, even after they’re covered in snow. And just like the statues, they’ve given him something in return. On dark winter evenings, when he’s commuting home from work, the sunshine from the machines have led him safely home.

See Roadside Lights on the &co119 gallery. Find the book here. Eiji Ohashi is included in the Critical Mass Top 50 by Photolucida. 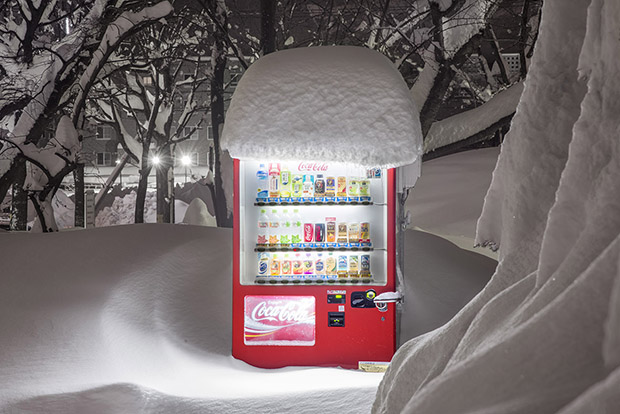 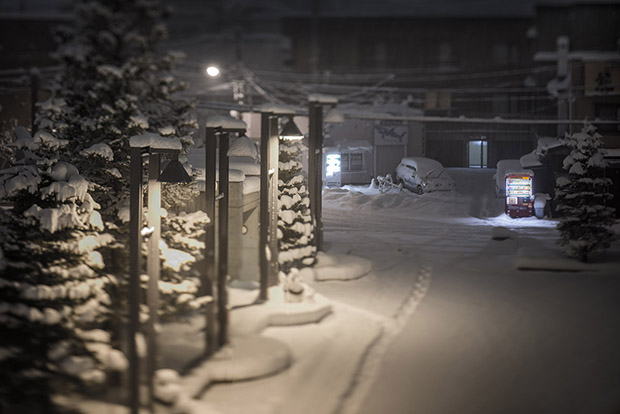 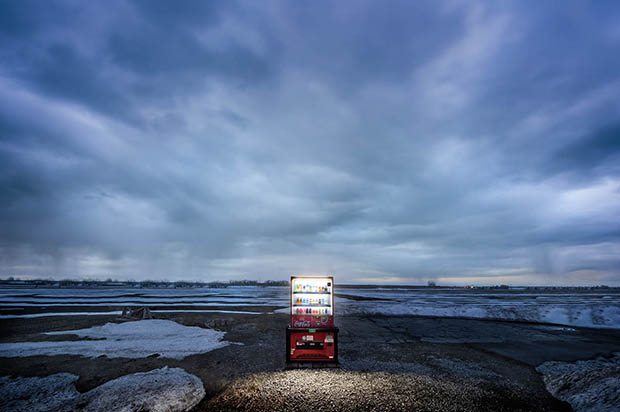 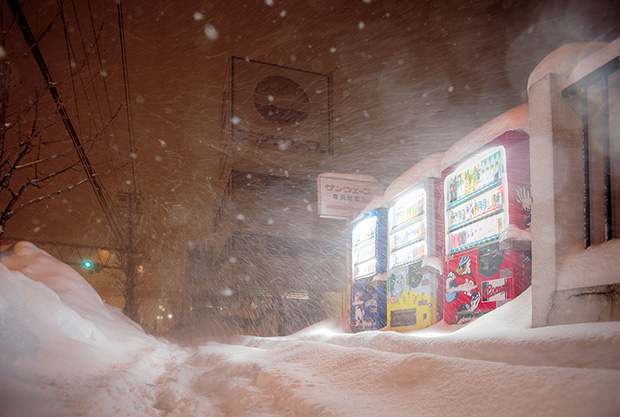 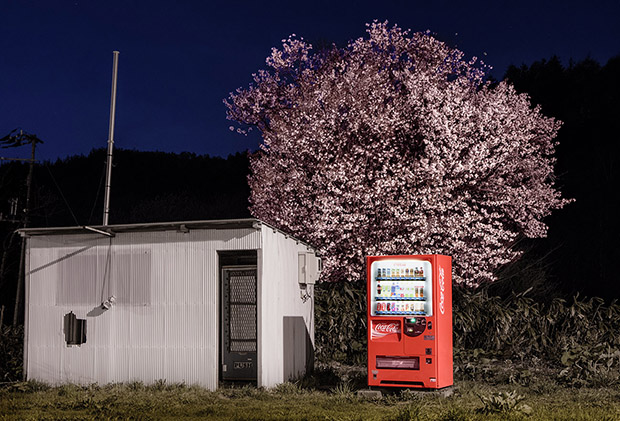 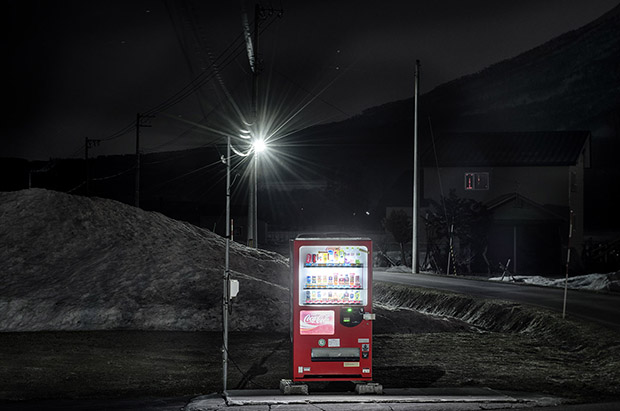 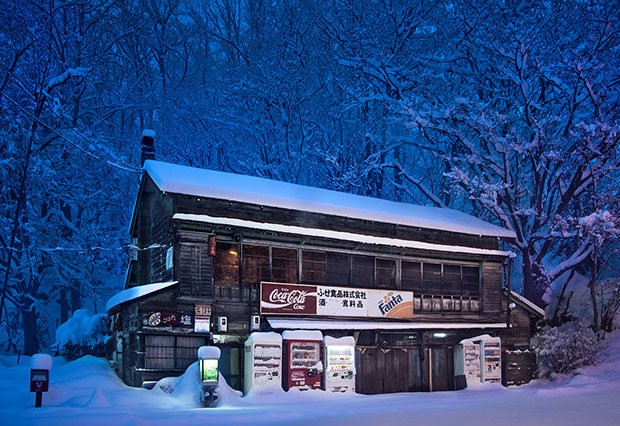 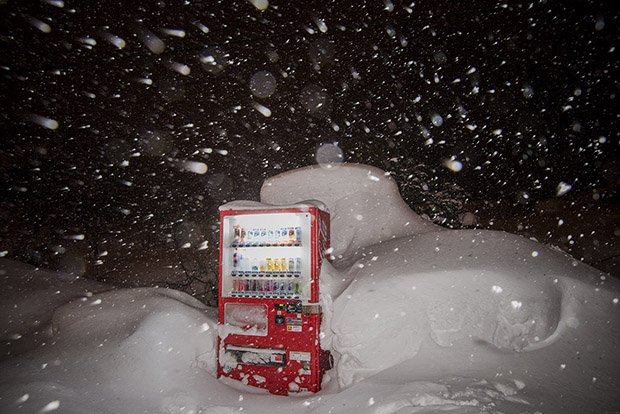