The inexorable changes of season and the delights they convey are a specific point of pride in Japan. These changes aren’t all the time as obvious in urban areas, however the signs are there for individuals who seek them. As we head into autumn, the changing leaves (koyo in Japanese) would be the hottest sign of the season but one other — perhaps more “fun” — probability to have a good time the season may be found on the Tokyo Port Wild Bird Park, where migratory birds are engaged of their seasonal repositioning.

The 24.9-hectare park is situated north of Haneda Airport on Jonanjima, an island reclaimed from Tokyo Bay. Water birds that had long rested within the shallow areas of Tokyo Bay during their migrations were first drawn to the world within the Nineteen Sixties as waterways and marshes developed naturally in the course of the reclamation of Jonanjima. Avid bird watchers soon followed. The resulting park, adjoining to the Tokyo Wholesale Market, opened in 1989 as a green space for wading birds and migratory water birds.

The now well-established habitat is an everyday stop for the Lesser Sand Plover (aka Mongolian Plover) because it heads south for the winter or north again in spring to start its breeding season. Base on this transit pattern, the park is a member of the East Asian-Australasian Flyway Partnership, a multinational organization dedicated to preserving migration routes for greater than 250 varieties of migratory waterbirds.

In the course of the peak migration season, visitors to the park can expect to see 30 to 40 varieties of birds within the park on any given day. But even within the non-migratory season, visitors are in a position to spot some waterbirds, especially cormorants, herons, egrets and a couple of varieties of duck, in addition to turtledoves, brown-eared bulbuls, starlings, tits and crows.

The park accommodates wooded areas popular with small birds in addition to three large ponds frequented by waterbirds. Two of the ponds contain fresh water, while the third is a brackish inlet of tidal water. Wide, well-established trails connect all the things and be sure that visitors can see the birds without getting too close. 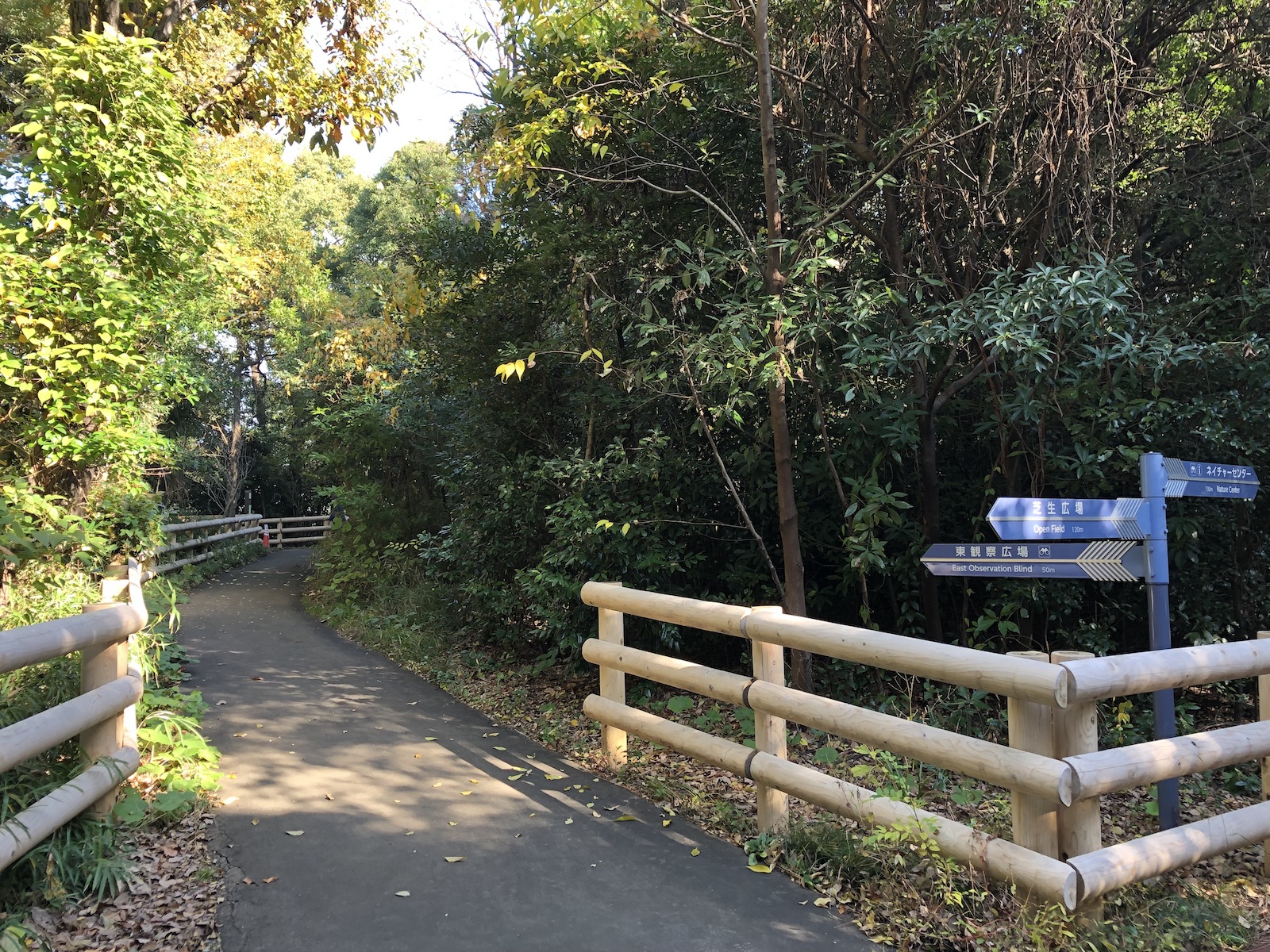 A big nature center stands on the intersection of the brackish pond and the so-called “East Freshwater Pond”. The character center has knee-to-ceiling picture windows overlooking the ponds which permit visitors to watch the birds without disturbing them. Photographs are frequently arranged at the underside of the windows to assist visitors discover the birds commonest in the actual season. There are also displays on the park’s history and that of Tokyo Bay in addition to the natural history of a few of the birds of the park. There are also exhibits containing environmental messages regarding the damaging effects of water pollution and the importance of protecting waterways and shore areas by keeping them clean.

From the bottom level of the character center, visitors can step outside and traverse a boardwalk over an area of tidal flat. Depending on the extent of the tide, visitors might see rays gently gliding through shallow water or crabs skittering out and in of their holes within the mud. It’s a special treat to see bug-eyed Mudskippers (tobihaze) pulling themselves across the mud using their pectoral fins almost like legs. 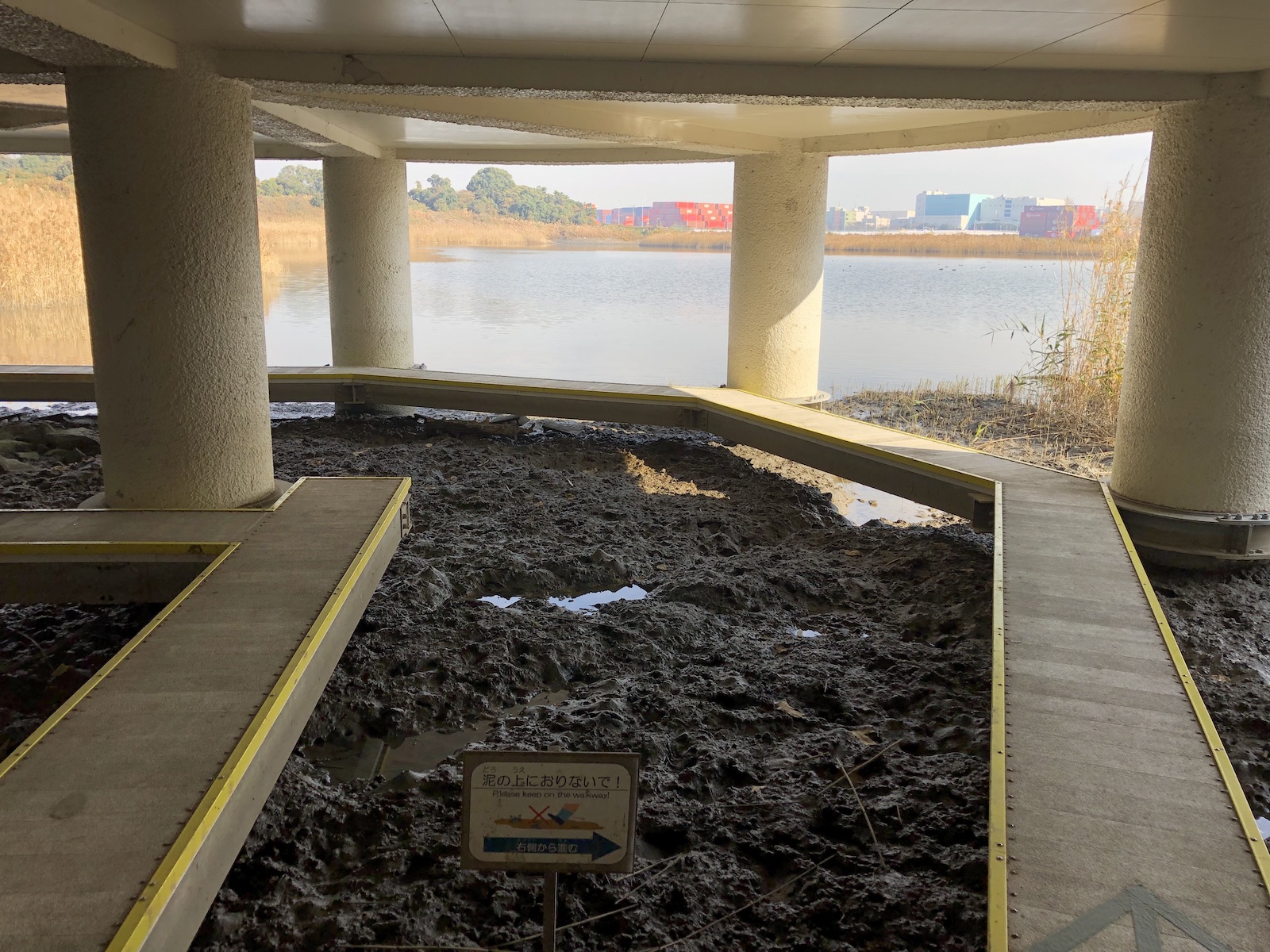 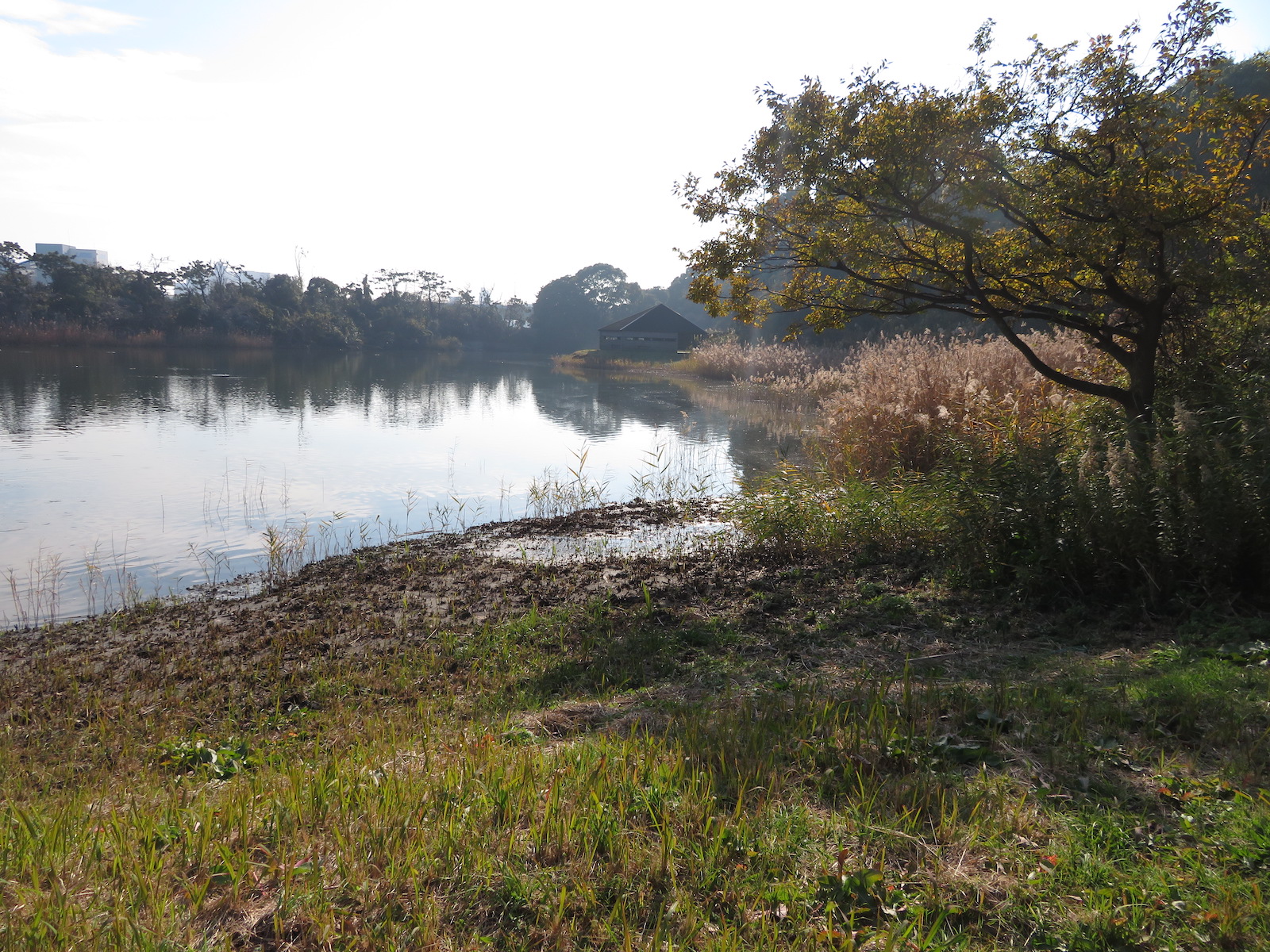 The park can also be a family-friendly facility with picnic areas near the doorway. Large picket picnic tables often sport small forged figures of sparrows so as to add atmosphere. Some families prefer to only spread a blanket on the bottom under the trees to enjoy their repast.

Especially on weekends, volunteers on the Ecology Education Center within the western section of the park offer various nature-oriented craft activities aimed largely at children. Pointless to say, these activities were significantly curtailed in the course of the height of the pandemic and are still not fully operational, although hopefully they’ll soon return in full force. 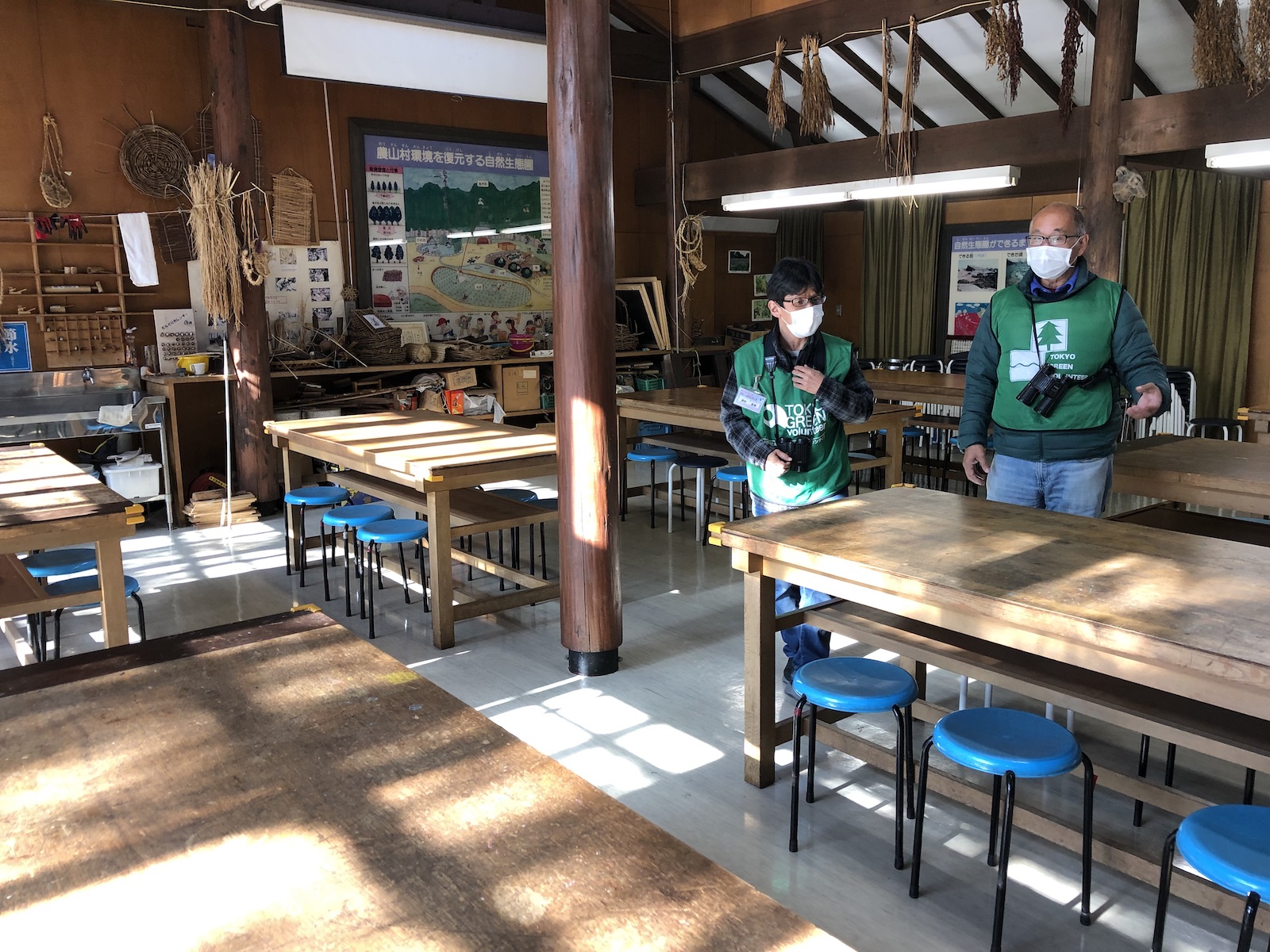 The western section of the park also has a type of “show garden” designed to emulate early Japanese agriculture. There are a few small rice paddies (apparently school children are enlisted annually to assist with planting and harvesting) and a vegetable patch, bisected by a small stream. A small pond of the kind used to lift fish caught too small stands in a single corner. Beyond that is the West Freshwater Pond, which differs from its eastern counterpart in that it’s surrounded by bushy woodland, making it more attractive to thoroughly different birds. 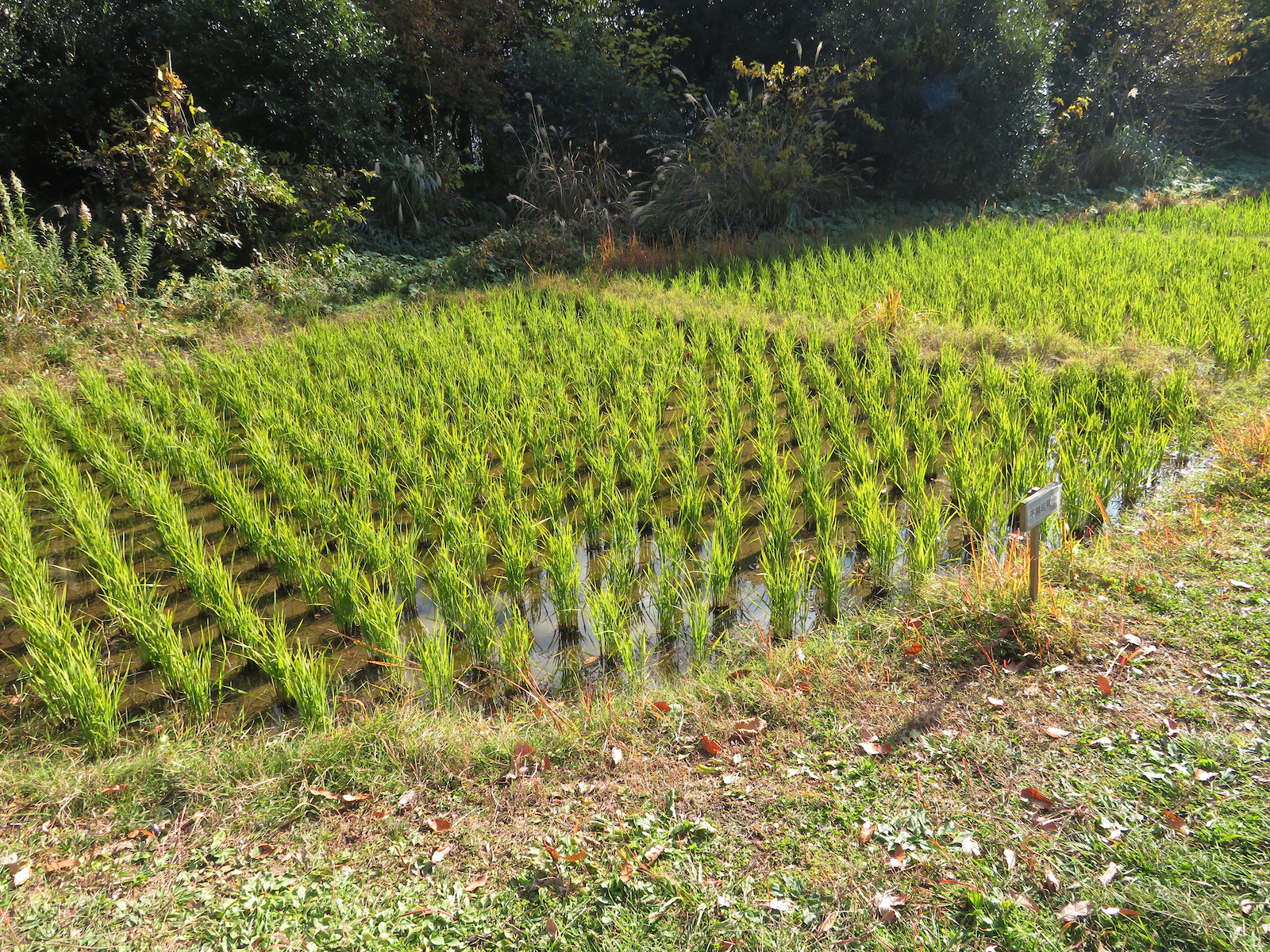 It is a park that is certain to thrill birdwatchers, who can test their knowledge of waterbirds, wading birds and migratory birds. At the identical time, city-dwellers who’re, perhaps, not so knowledgeable about birds can visit for a probability to find out about them, or perhaps simply to enjoy fresh air and the changing seasons in a natural setting without traveling too removed from town.

Given the park’s proximity to Haneda Airport, even a transiting traveler with a longish (3+ hours) layover may find it easy and refreshing to make a visit to the park. In any case, such travelers are only one other breed of migratory bird, are they not?

Getting there: The Tokyo Port Wild Bird Park is a 15-minute walk from Ryutsu Center Station on the Tokyo Monorail. The doorway, on the north side of the park, has a zig-zag approach with high stone partitions just like those of Japanese castles.